Opinion still differ on the prehistory of the Magyars. The original home-land of the Hunagrians – labelled as Magna Hungaria in the Middle–Ages was in all probability in the region of the confluence of the rivers Voolga and Kama (on the European side of the Ural mountains). A part of the old Hungarian tribes left this territory around 700 A. D. According to the most widely accepted views it was in the second half of the 9th century when the first Hungarian tribes appeared in the Carpathian Basin. The territory before the 9th c. were inhabitated by avars, huns and slavien people. The Conquest under the leadership of prince Árpád concluded in 896. 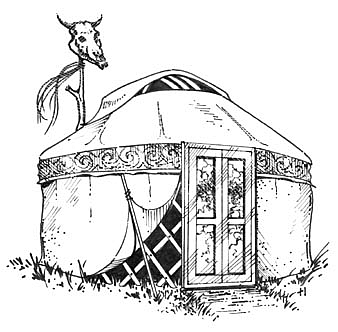 After the year of 955 the prince Géza, accepted the Christianity and started to introduce the western social system. In 1000 King Saint Stephen (Szent István) son of Géza recived a crown from the Pope and thus he became an independent sovereign and could consolidate his position in the country. This meant the birt of the Kingdom of Hungary. In 1241 the Mongols (Tartars) ravaged almost the whole country. The work of rebuilding was undertaken by the king Béla IV., who is often reffered to as the second founder of the state. Under the French –italian House of Anjous Károly Robert was able to create economic stability.

In the beginning of the 15th century the Ottomans appeared in the southern border of the country. Hunyadi János (Jonh of Hunyadi) fought effectivaly against the Ottomans in several battles. His son Mátyás (Corvinus Mathias) was a typical Renaissance ruler. In his humanistic court in Buda and Visegrad Renaissance art and culture flourished for the first time outside Italy. The renewed Ottoman attacks, however brought catastrophy. After the tragic defeat at Mohács in 1526 the unity of Hunagry was shaken. Buda was captured by (ottomans) Turkish in 1541. The Ottoman occupation endured for 150 years. In 1686 the whole country was liberated by a succesful crusade with Austrian allied trops. 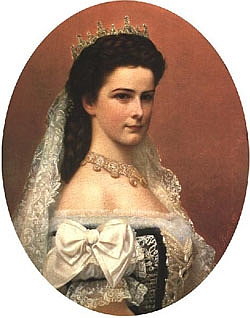 The arbitrary rule of the Habsburg ruler, however, lead to discontent very soon, rising to its summit in the Rákósczi war of independence. But Hungarians didn’t get the complete liberty from Vienna. The spirit of nationalism awakened in Hungary again and was embodied in a reform movement with the two prominent figures of István Széchenyi and Lajos Kossuth and lead to a revolution of 1848. The young Emperor Franz Joseph I, however, assaulted the land, he had to ask help from the Russian Tzar, what was given and the revolution supressed. Years of terror followed, but in 1867 established the Austo- Hungarian Monarchy, this so called „Compromise” paved the way to unprecendented economic growth. By the turn of the century the Austro- Hungarian Monarchy became one of the major powers of Europe.

After Word War I as a result of the dictated peace of Trianon Hungary was deprived of 2/3 of her territories. Hungarian policy between the two wars, during the Horthy era, made endeavours to get back the lost territories what was partly achived. As a price Hungary had to enter II Word War on the side of Germany in 1941. Although Hungary retained her sovereignty until spring 1944, when the German occupation took place, as a losing party, severe sanctions were to be swallowed after the devastation on the war.

After the war the fragile Hungarian democracy was torn down by the communists in 1948. The tormented population revolted against despotism on 23rd October 1956, but the Soviets, making use of the international situation to their favour brutally crushed down the revolution. Power was seized by János Kádár, who upon the bloody reprisal, took measures in the direction of a relatively consolidated political and economic system within the frames of the dictatorship of communists. From 1968 onwards economic reforms were implemented and the living standard also improved slightly. Thus were round table discussions between the ruling party and the opposition possible in 1989 where the rules of transition to democracy based on a multi-party system were fixed. Following the peaceful transition and the first free parliamentary elections in 1990 Hungary turned a new leaf of development amidst economic and social tensions.