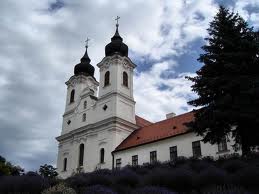 Lake Balaton is a freshwater lake in the Transdanubian region of Hungary. It is the largest lake in Central Europe, and one of its foremost tourist destinations. As Hungary is landlocked (its coastline was severed after World War I), Lake Balaton is often affectionately called the "Hungarian Sea". The Zala River provides the largest inflow of water to the lake, and the canalized Sió is the only outflow.

The mountainous region of the northern shore is known both for its historic character and as a major wine region, while the flat southern shore is known for its resort towns. Balatonfüred and Hévíz developed early as resorts for the wealthy, but it wasn't until the late 19th century when landowners, with their vines destroyed by lice, began building summer homes to rent out to the burgeoning middle classes.