I recommend some programs to help the orientation and let you get to know a little bit the history of our country: 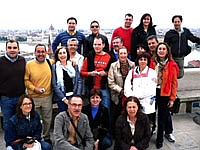 Pick up at your hotel, and we drive to vist the attractions of Buda and Pest. The rout will be adjusted to the location of your hotel. But we certainly visit Castle Hill the old town in Buda (Unesco Heritage). We take a walk to the Royal Palace, optional visit of the Mathias Church and Fisherman Bastion. Then we drive to Pest downtown area, pass Dohány street Synagogue (the second largets in the Word), we drive to the City Park (recreaction area), where we stop in the Heroes’ Square to see the Millenium Monument where you will get a nice overview on our ’turbulant’ history. Then we see Vajdahunyad Castle and the famous Széchenyi Bath. Drive on Andrassy Avenue, by State Opera House and the St. Stephen Basilica. Drive to Parliamnet to see outside End of the tour at your hotel or downtown.

Same as the above city tour, but we extend the program with a following: stop next to the Citadell on the top of the Gellért Hill where you can see the most scenic spot for the view on the whole city, and with an inside visit in the St. Stephen’s Basilca, and stop in front of the Synagogue to take pictures. The tour ends in downtown, or at your hotel.

Visit the Parliament House inside (aprox 40 mins) and visit inside the State Opera House and then we go to the New York Palace (luxury coffe house built in 1894) the tour ends in the coffe house or in the city center. In case of this program: please make your reservation at least 3 or 4 days before, because some times it takes some days to contact with the Parliament Tourist Office to get reservation.

Introduction to the recent history of Hungary, the Communist dictatorship, the Soviet Era and the Uprising in 1956. 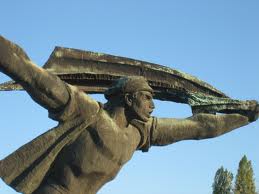 After the Second World War Hungary became a communist country and ended up to be controlled by the powerful Soviet Union. This almost half a century period between 1945 and 1989 is a very interesting part of Hungarian history. During the tour you will see the unique collection of communist statues in Memento Park (formerly known as Statue Park) outside of Budapest, that represent the social realistic art, visit places that had great interest during the uprising in 1956, which was a desperate attempt to get away from dictatorship and become free. The uprising was not successful and it became possible only to commemorate the heroes of the revolution after the change of regime in 1989. You will see several of these memorial places as well. You will be able to hear from an authentic local person (your guide) how it was to live under communism, how everyday life was and how everything changed since the end of communism.

The tour ends at the House of Terror (or at your selected location).