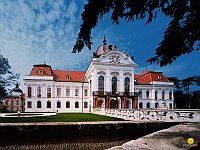 Visit the former summer residence of Sissi and Franz Jozef during the Austro-Hungarian Monarchy (1867 -1918). The Baroque palace (30 kms from Budapest) was bulit in the middle of the 18th century, The first owner was the Count Antal Grassalkovics, he was the personal lawyer of the Queen Maria Teresa of Austria. This interior visit and the tour through the gardens of the Chateau, gives you a glimpse of times under the Austro-Hungarian Empire. With the help of our guide you will become acquainted with the secrets of the private life, the hidden doors, bedrooms and lovers of the royal couple After the visit you can take a coffe at the Palace Café. Return to Budapest. 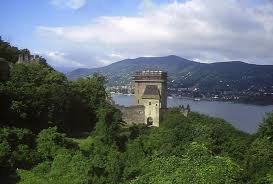 We drive you to Szentendre. This is a small Baroque city at the gate of the Danube Bend, at the meeting place of the river Danube and the Pilis Hills, in a beautiful natural setting. With a 25-minute drive from Budapest, Szentendre also called as the Artist's Village .We walk around the baroque settlement, built on medieval ruins and go along the narrow streets up to the panorama point. We then simply enjoy the special atmosphere of this village. We can visit a greek orthodox church from the 18th century. Then you will have time and opportunity to have a cup of coffe with a slice of Hungarian cake in one of the coffe houses in Szentendre or you can go for shopping or to visit the Margit Kovács Ceramic Museum. Then we go to Visegrád (30 minutes from Szentendre): we walk on the 750 year-old stones of the formal Royal Residence, learn about the history and life in the middle ages and enjoy the fascinating, unforgettable panorama on the Danube valley. The tour ends at the hotel or in the city center of Budapest.. 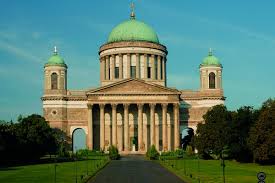 As the same program as you can see above (Visegrád and Szentendre), but we extend the tour going to the city of Esztergom (60 kms from Budapest). Esztergom lies on the Danube riverside, so called the northern gate of the Danube Bend. The city is the Center of the Hungarian Catholic Church. We visit the largest cathedral of Hungary (also burial place of famous cardinals of Hungary, like Primate Cardinal József Mindszenty). Afterwards, cross the river Danube by Maria Valeria Bridge (wich is a frontier point between Hungary and Slovakia) and we enter in Slovakia to enjoy a view from this side of the Danube. During the tour you can have time for lunch ( the lunch not includ.)

A tour to see the sunny „Puszta”, the common name for the Great Hungarian Plain. Puszta means a wilderness and a grassy kind of semi desert. Oroginally inhabited by sheperds, cowherds and horsemen and it was used for extensive cattle breeding. We stop to visit a tipical (agricultural) town Kecskemét where you can gain a vivid picture of the 19th century Hungarian architecture (e.g. the famous secession Town hall, or the „Cifrapalota” Ornamented palace). Then we go to a farm (20 minutes from Kecskemét), where you can get acquanted with the Hungarian farm life and the farm products you can get close to the animals in a very nice natural environment. In the farm have a (3-course menu with wine) lunch. Then we see an enjoyable and intresting horse show. Return to Budapest 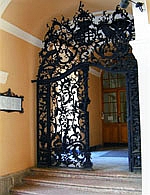 Hollokő (90 kms from Bp) in the embracing arms of the Cserhát Hills, the little palóc village with its natural environment and richly adorned folk clothes was registered in 1987 on the list of Word Heritage of UNESCO. We take a walk (about 1 hour) to see the protected original houses made of adobe and covered by tile. Then we drive to Eger (1,5 hours from Hollokő), one of the oldest town in Hungary founded by King Saint Stephen in 1007 . Eger is a colorful and enchanting city, full of Baroque arquitecture and grand buildings. We can visit the Library of the Liceum. The St. James Cathedral (the second largest in the country) You have time to lunch. (optional) Eger’s famed not for the history, but also for its wine and thermal baths. The pedestrian town center is with its brightly painted houses and iron balconies creats a lively atmosphere. Its medieval castle (famous for the battle of 1552 against Turkish occupation) on a smal hill overlooking the town crowns the tour with its epic story. Return to Budapest.

Herend is a world-famous city of porcelain. The tradition of painting the highly successful patterns and making the statues is passed down from generation to generation. After a guided tour through the world largest porcelain manufactory, founded in 1826, you will have the opportunity for a coffee break at the "Porcelanium' and possibly some shopping. We continue to the Lake Balaton, the largest freshwater lake in Central Europe, which is at the foot of the volcanic hills of the Balaton Uplands. We stop in Balatonfüred (guided walk) the oldest spa in the Balaton region. It’s fame mainly originates from its mediterranean-like climate and the mineral springs, and his historical sights. Time for lunch (optional) Afterwards we drive to the Tihany peninsula, the famous nature reserve. The Tihany peninsula is unique in several apects, not just in Hungary, but also in Europe. It’s special geographical position, the uniqueness of its formation, the appearance of today's scenery, the geological and historical relics along with its rare plants and wildlife all enhance its status as one of our most beautiful and most valued treasures. We can visit the church of benedict Abbey, founded in 1051. You can take a short walk between the old protected houses in the little village next to the church, and enjoy the most beautiful view on the Lake Balaton. Return to Budapest.

We drive you to Pécs, but in the way we stop to visit the intresting small Catholic Church in Paks. The wooden made church ( work of Imre Makovecz architect) is a nice example of the modern, archaic and mistical architecture from the end of the 20th century. Pécs (with its 160 000 inhabitants) is the seat and the largest city of the Transdanubian region in South-West Hungary; a Catholic Episcopal seat and a university city that provides home to a large number of festivals and other cultural events. The city was awarded the title of European Capital of Culture for the year 2010 by the European Union. The cultural, artistic and intellectual heritage of the city, the traditions of its ethnic minorities and its geographical location and environment make Pécs one of the most exciting cities of Hungary. After the arrival to Pécs we visit the Széchenyi Square the largest Turkish Historical Monument in Hungary called Gázi Kászim Dzsámi (was a muslim mosque, and today is used as catholic parish). Then we visit the Museum of the Zsolnay, This exhibition, displays the most significant pieces of the Zsolnay Ceramic Factory along with the history of the family, is in the oldest known dwelling-house of Pécs. Time to have lunch (optional) Then we are wandering around the mementos of Christian culture The early Christian cemetery, which is part of the UNESCO World Heritage list. Very significant sepulchral structures have been found since 1780 from the Barbican to Széchenyi Square. These were constructed in the 4th century A.D. Visitors can admire the richly decorated walls and barrel vaults of the undergroud chamber. We can visit the St. Peter – Pal’s Cathedral. Return to Budapest

Other Unesco Heritage places in Hungary : Lake Fertőd and its environment, Hortobágy Tokaj wine region Aggtelek caves If you are intrested in any other city or place please don’t hesitate to contact me!